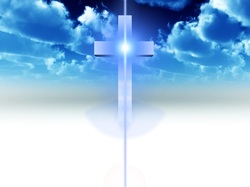 Rise of the saints

Born of 2 parents in the Space Marines Guild, The new sword saint worked with the Gun Saint on a few missions before striking out with his new team.  His first cousin, Kennon had been made gun saint only 3 years before.  Saint began training the new sword saint in use of his secondary weapons big momma and daddy.The gun saint found this interesting, his cousin Danny aka sword saint was the first sword saint to use more than edged weapon In over 200 years . All of his gadgets where made by Chris, his cousin,  over the years. Chris made him guns specially constructed using the minds of his parents. After their deaths, a mind download was found in the blast with what was left of their bodies slightly damaged but intact.holding a downloadable version of his parents personality’s making his weapons a set of 2 guns Self-aware to a degree.

Not  enough of swords parents minds were left to make new avatars and return them to him . Nevertheless sword carried  a small  part of his parents making him even deadlier then ever.  From a strong military family he had hope to be a Civi until his parent’s death.  Civi ‘s are a non-violent guild known as the Support guild they are the common beings with no special talents in the old tongue "civilians". He had hope to lead a quite life until his mother and father died when he was 27 to young  for most people to lose there parent’s .

Due to his parent death, Sword was taken in and trained but so many of his cousins, aunts and uncles. Sword ascension to become a saint was foreseen by most having trained with so many masters. His cousin Chirs in the tech guild was always coming up with weapons and gadgets he wanted him to try. His weapons of choice are 3 blades each with a one molecule thick blades also charged with multi phasic energy he could cut anything in his path making his swords the deadliest weapons around. The multi phasic energy he could these swords can match most energy frequency, and wave lengths.  Penetrate most shielded energy weapons and armor. His cousin joked often about how nothing could afford to stand in his way .

Blinded by an accident his right eye was replaced with a new form of implant mad buy Kiki sister to Chris and a "biomed" genius. Her special implants made sword a monster on the battle field it would feed him data based on muscle movement and other visual clues so he seem to block and strike before you could even think of your next move . All sword weaponry were routed through his left eye making him and any saints with "Kiki's" implants, or chirs's  weapons, that which strikes fear for the enemies of the saints. kiki also created a nano tech virus That could take over machines and gave sword himself  a slight healing factor.